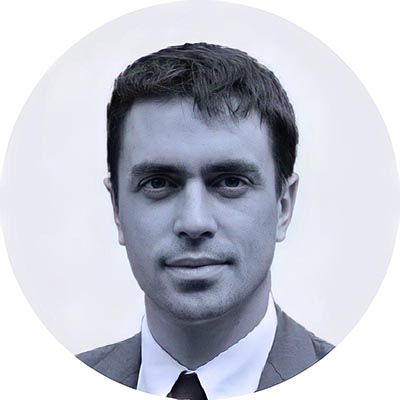 Having studied in France and Germany, Pierre Frouin received his Masters of Science in Electronics and IT in 2005. He started his career in Vietnam working for Servier, a French pharmaceutical company, where he was in charge of developing and deploying IT systems focused on sales force management.

After three years, he moved back to Europe, where he worked on deploying SAP for Biogaran, an industry leader in the manufacturing of generic drugs. After completing his MBA at Insead in 2011, Pierre moved to the USA to join the leadership team of Johnson & Johnson in the field of medical diagnostics. As Manager of Marketing and Sales, he focused on commercial operations.

With broad experience in the healthcare industry, Pierre-Yves founded BioSerenity in Paris in 2014, an innovative company based in the Brain and Spine Institute (icm-institute.org), with whom the company shares a common laboratory focused on the use of A.I. for the digital detection of biomarkers. Active on three continents, and a recipient of many awards, BioSerenity aims to develop and deploy connected medical solutions in partnership with healthcare facilities and industries to help diagnose and monitor patients with chronic diseases.

Today, BioSerenity works with more than 200 hospitals in Europe and the USA. BioSerenity has helped diagnose and monitor tens of thousands of patients and has recently announced the fund raising of 65 million euros to support its growth.